View our team of professionals 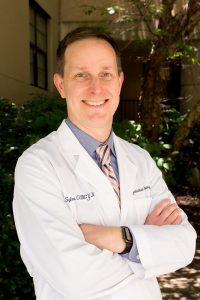 Dr. Rehberg attended The University of South Carolina and then graduated from The University of South Carolina School of Medicine in Columbia, SC.  He was president of his graduating class in medical school for four straight years.  He completed his residency in Obstetrics and Gynecology at The University of Mississippi Medical Center in Jackson, MS.  Following residency training, Dr. Rehberg was on faculty at UMC in Jackson teaching medical students and residents.  He also wrote several academic papers that have been published in peer reviewed journals.

Dr. Rehberg is a Fellow of The American College of Obstetricians and Gynecologists and is board certified in Obstetrics and Gynecology.  He is also a member of the Talladega County Medical Society and the Medical Association of the State of Alabama.  Dr. Rehberg has a particular interest in minimally invasive gynecologic surgery, including laparoscopic hysterectomies, and is a member of the American Association of Gynecologic Laparoscopists.

Dr. Rehberg is married and he and his wife have three boys including identical twins!  Dr. Rehberg enjoys family activities, golf, photography and relaxing in the back yard with friends. 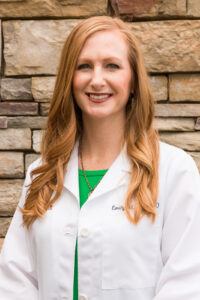 Dr. Emily Allen McInnis attended medical school at the Edward Via College of Osteopathic Medicine in South Carolina. She graduated from medical school in 2015 and completed her four-year residency at the University of Mississippi Medical Center.

Dr. McInnis enjoys the variety and the unique challenges presented by her chosen field, and she dedicates herself to helping the women in her community. For Dr. McInnis, the most important thing is her relationship with her patients. She wants to be a part of their lives from adolescence through menopause and for them to trust her completely.

Dr. McInnis takes pride in being a woman in medicine. She is the first female physician specializing in obstetrics and gynecology in Sylacauga. As a Sylcacauga local through and through, she considers it an honor to be such an important part of her hometown.

Dr. McInnis returned home to Sylacauga in 2019 with her supportive husband, Ryan, and their adorable Yorkie named Brady. She often visits her parents at their house on Lake Martin where they spend time hanging out on their boat and enjoying the sunset. She loves being outside, even if she’s only sitting on the porch. 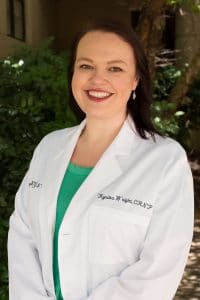 Kyndra is a Nurse Practitioner (NP) joined Sylacauga OB-GYN in 2018. She is originally from Cleveland, TN and attended Notre Dame High School in Chattanooga, TN.  She then went on to obtain a Bachelor’s degree in nursing from The University of Alabama at Birmingham. Upon graduation, she worked at UAB hospital on a hospitalist floor for four and a half years. It wasn’t until she began pursuing a Master’s degree that she discovered her true passion, which is women’s health. She is certified by the American Academy of Nurse Practitioners as an Adult-Gerontology Nurse Practitioner. She also holds certification from the National Certification Corporation as a Women’s Health Nurse Practitioner.

Kyndra currently lives in Hoover, AL with her husband and three cats. In her spare time, she enjoys reading and binge watching television shows as well as going to the movies and traveling.

Lauren is a Physician Assistant (PA-C) that joined Sylacauga OBGYN in 2016. She grew up in Sylacauga and graduated from Sylacauga High School in 2006. She attended Union University in Jackson, TN, where she earned her Bachelor of Science in Biology. She lived in Mumbai, India, for two years where she did community development and healthcare education with a non-profit agency. When she returned from India she married her husband Josh and went to Physician Assistant school at Mississippi College in Clinton, MS. She graduated with a Master of Science in Medicine in December 2015.

Lauren always wanted to work in medicine. Her mother and father were both nurses, and she grew up knowing she wanted to be in the medical field.  Lauren and Josh have a little girl named Reese. She enjoys spending time with her family, being outdoors, camping, reading, and a good cup of coffee with a friend.

To schedule an appointment, please call us today